Mentoring Your Team to be Leaders Home  ›  Leadership  ›  Mentoring Your Team to be Leaders

Don't miss any of our informative articles, news, or upates. Sign up to receive emails from STM today!

Thank you! You have successfully subscribed!

We recently attended the Agency Management Institute (AMI) Conference for Owners & Leaders in Chicago and were asked to lead roundtables on the subject of “Mentoring Your Team to be Leaders.” About 18 experienced agency owners participated in two different groups. Their approaches to mentoring their next level management teams ranged from very informal and hands off to very formal and organized. The purpose of this blog is to share some of these strategies with a broader audience as these concepts easily translate to other industries. We invite you to add your own strategies and experiences below.

1:1 Meetings. The most common approach was that managers meet one on one with their direct reports to talk about their relationship, how the direct report is feeling about their job, what they need from their boss… everything except projects and deadlines that tend to be covered in formal or informal project status meetings. Characteristics of these one on one meetings: regularly scheduled, weekly or bi-weekly (for the most part), often held outside the office, and two-way. The mentor does not always have to be the direct supervisor. One owner launched this technique in January and was already seeing stronger performance and fewer problems 10 months in. Use our model to identify specific and actionable behavior changes (for both parties) to solve challenges.

Executive Development. There were a wide range of recommended strategies from formal education, to peer-to-peer networks (including the Key Executive Group recently created at AMI, and business coaching (also offered by AMI and STM. The key to success for formal activities included having a budget set aside for development, encouraging people to make a pitch for their own programs, and sharing what they learn with others in the agency.

Informal Development. Reading was commonly recommended, and we have included here a link to our STM Leadership Reading List. One unique idea: at some point in the book, write a message that asks the reader to meet with you and share what they have learned to this point in the book. It can tell you if the future leader is reading the book, and of course, to hear ways they are considering how to apply what they’ve learned to their immediate situation.

Outside Mentors. People in the groups had great success asking colleagues in another industry to mentor an emerging leader—the concept is that the emerging leader may be more comfortable getting ideas for communicating with their boss or asking advice from a third party. Insights can be found with colleagues in the same industry, but also from entirely different businesses in different industries.

Internships. A unique strategy that came up: an internship at another agency. This can be particularly useful where the intern is coming from an agency with less developed systems, but where the business is similar. It may also be a good solution where the intern is a family member, and there is a desire to give them varied experiences with an objective boss.

Measuring. A common issue is that often, people on the leadership track ended up being not so much a great leader as a great “doer”. A couple of people in each group were familiar with STM Assessments and shared how these were helpful in directing resources to the right people—rather than spending scarce development dollars on the wrong people. We shared a case study where one agency often promoted the wrong people to leadership, and we were able to show how their biases about the behavior styles of “leaders” prevented them from seeing the true future leaders in their midst. Worse than wasting development dollars on the wrong people, they were providing capable leaders to the competition.

Modeling. One of my observations in these roundtables was that your efforts to engage with future leaders and provide mentoring to them, models the behavior you expect from future leaders. Employees watch what you are doing and the ones with a propensity for leadership will emulate your approach. This experience, together with formal tools and systems they learn along the way becomes a key part of their leadership development.

What techniques have you used to mentor and develop future leaders, and what have been your results? Share them in the comments below.

Speak with someone at Strategic Talent Management

Learn how we can identify leadership and management competencies and areas for improvement for each person on your team. 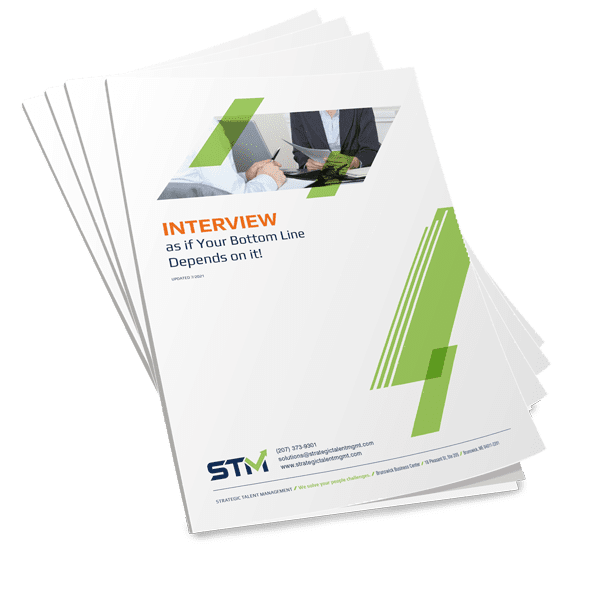 Access six essential tools to find, hire, and onboard the ideal employee.

Sign up below and get access to thirty years of awesome insights combined into six simple tools to ensure you make the right hire!

Thanks for signing up! The first tools should be arriving in your inbox soon.